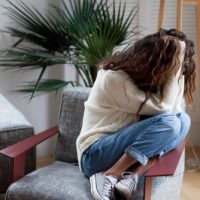 Conventional wisdom holds that any form of disability benefits, such as those offered by Social Security Disability Insurance (SSDI), which prevents someone from continuing their normal routine of life will most likely be of the physical variety. However, in reality, more than a quarter of all SSDI applications claim a mental disability or illness as the primary basis of their claim. In fact, there has been an increase in such claims in Vermont, as a recent analysis has shown. Further, in the same analysis, a comparison was done regarding nationwide claims, and, although it showed an overall decrease year-over-year, the decrease was only 2 percent. Thus, there is a very consistent stream of SSDI benefit applicants who claim a non-physical disability. A discussion of what the Social Security Administration (SSA) looks for when evaluating a mental illness SSDI claim, and how an applicant can bolster his/her own, will follow below.

While mental illnesses can be officially considered as a disabling condition, eligibility for SSDI benefits under a mental illness can be harder to collect. One reason for this is in the nature of mental illness. Specifically, mental illness symptoms cannot easily be evaluated, and the acuteness of the illness is typically hard to objectively measure. Further, SSA examiners are not psychiatrists, and, consequently, may not be able to grasp the scope of various mental illnesses. Thus, while it is easy for an SSA examiner to determine that a person who has lost a limb cannot drive a vehicle (if his/her occupation is a truck driver, for example), it can be difficult to determine that a person with a mental illness is similarly disabled. Finally, and unfortunately, those claimants suffering from mental illness can carry a stigma that they are lazy and fabricating the illness solely in an effort to receive benefits.

Nevertheless, there are a number of mental illnesses recognized as a disability by the SSA, and to qualify, an individual’s condition must have been diagnosed by a physician. Further, the individual must meet the following qualifications:

Specifically, the SSA has classified mental illnesses under the following categories:

Since diagnosis of a mental disorder is very subjective, it is best to develop your strategy with the assistance of an experienced disability attorney, who will help the claimant develop his/her claim. Typically, this assistance will encompass keeping a journal or notes that describe a claimant’s mental state at various points in time, as well as providing an indication of how the mental illness has affected the claimant’s daily life and work life. Further, the attorney will work with medical professionals to ensure that the claimant’s medical record is as accurate and all-encompassing as possible.

If you, or someone you love, are suffering from a mental illness that is negatively affecting your work life, contact the legal team at Farrell Disability Law as soon as possible. Although difficult, we will know how to develop your SSDI claim, so you can obtain benefits which will allow you to focus more on recovery from your illness than how to pay the bills. Contact our Jacksonville office today for an initial consultation.