Options for Disability Benefits If You Elected Early Retirement 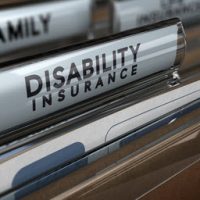 Social Security Disability Insurance (SSDI) benefits are designed to provide financial support for individuals who have to stop working because of a disabling impairment, and are not eligible for federal retirement benefits. Consequently, SSDI presupposes that a person was, until very recently, fully engaged in the working world, and, but for the disability, would be employed. However, there are individuals that fall into a gray area by taking early retirement, and electing to collect partial Social Security (SS) benefits before full SS benefits are available (the age for retirement varies by birth year, currently between ages 65 to 67). No one knows when or if a disability will occur, but the law does not allow a person to collect SS retirement and SSDI benefits at the same time. Thus, a person collecting his/her full entitlement of SS retirement benefits past age 65 is generally blocked from also claiming benefits under SSDI. However, individuals that fall into that window of early retirement, which starts at 62, do have the option of pursuing an SSDI claim if a qualifying disability is present. A discussion of how filing for SSDI benefits, while already collecting partial SS retirement benefits, will affect the monthly payout, and circumstances that are more likely to lead to an approval of SSDI claim, will follow below.

Factors that Increase Chances of Approval

Obtaining approval for SSDI benefits is no easy task, and can take years before success is achieved. As a consequence, someone suffering from a disability that is eligible to take early retirement will often take this option as he/she pursues a disability claim. Thus, if early retirement is a direct result of a disabling impairment, this factor works in favor of approval for SSDI benefits. Further, health issues that arose or worsened following retirement also contribute toward higher odds of being found disabled. A lack of gainful employment, less than $1,170 per month under the current income limits, is further evidence of disability, and a requirement to qualify for SSDI benefits.

One final point – substantial financial gains from SSDI benefits versus SS benefits diminishes the closer one gets to his/her retirement age. Thus, applying for SSDI benefits as early as possible is the best method of maximizing the monthly payout.

Dealing with a disability is overwhelming, and the complexities of getting SSDI benefits do not make your situation any easier. Talk with a disability insurance attorney about your claim to learn your chances of success, and how to build the strongest possible case. Farrell Disability Law has decades of experience helping individuals get the money they need and deserve, and serves clients in the Jacksonville area. Contact us for a free consultation.